A PhD student at Louisiana State University, Scott completed his Bachelors of Biological Science at the University of Wisconsin- Madison. While he was at UW, he completed several research projects, including using isotopic 15N/14N ratios to determine the trophic position of the entomophilous fungus, Beauveria bassiana.
Scott also worked for the Metropolitan Mosquito Control District and for the Conservation Corps of Minnesota and Iowa; he worked on managing wildlife habitats and prescribe burning. He is currently working on his PhD dissertation at LSU which focuses on delineating the resurgence of soybean looper. The main goal of his research is to provide Louisiana consultants and producers useful information that will aid management decisions to maximize profits while reducing inputs.
His research has included performing insecticide field trials, molecular techniques, insecticide efficacy, laboratory bioassays, and greenhouse experiments.
Scott is involved with the LSU Entomology club, serving as club treasurer, Ag magic, and BREC Bioblitz.
He is honored to be a recipient of the LACA scholarship funded by Belchim Crop Protection to continue that drive and perseverance to the field of agriculture. 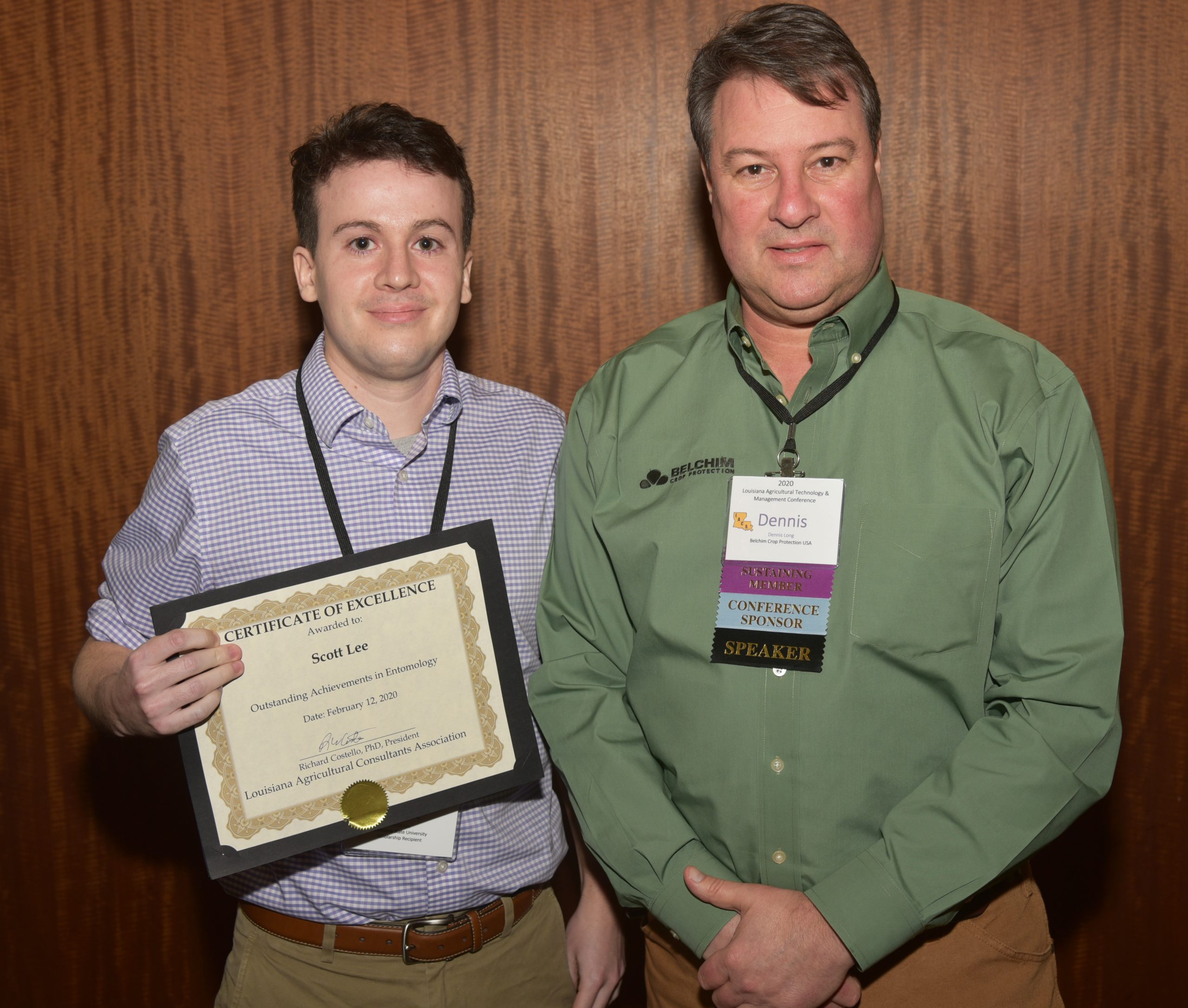 A masters student in the Department of Plant Pathology at Louisiana State University, John completed his Bachelor of Science in Plant Pathology from the University of the Philippines Los Banos before continuing his education at LSU. He currently has six peer reviewed publications. At LSU, he has worked doing research involving QTL mapping of salinity tolerance in rice, disease resistance for bacterial panicle blight and sheath blight in rice, and whole genome sequence analysis of rice varieties for allele and gene mining for disease resistance. Initial data has identified a major QTL that can confer resistance to existing Louisiana rice varieties against disease. John is honored to be a recipient of the LACA scholarship funded by Ray and Dorothy Young, so his vision as an agricultural scientist working towards food sustainability, security, and accessibility can be accomplished. 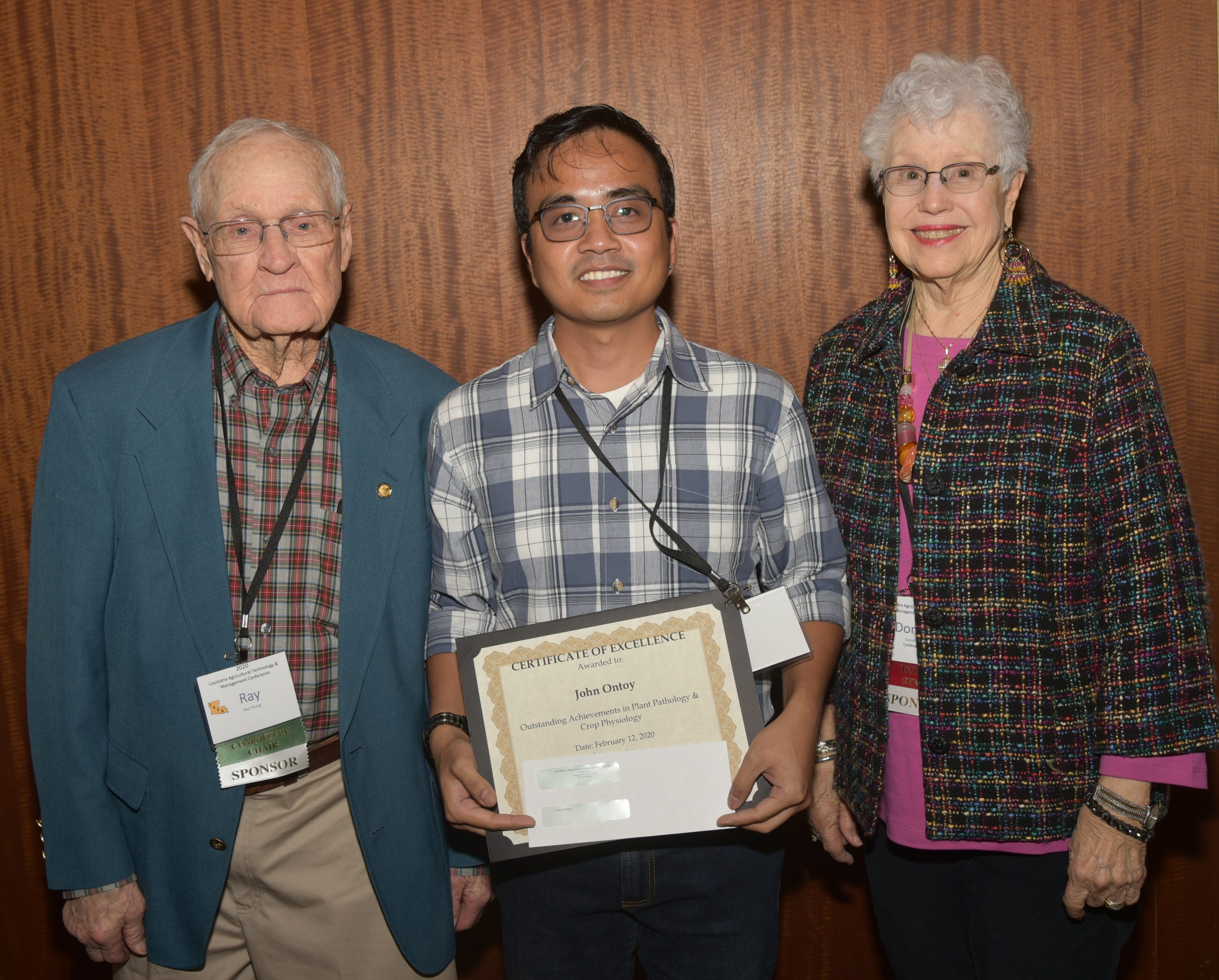 Colt has been involved in the world of agriculture since his birth, growing up on a rice and crawfish farm in Kaplan, Louisiana. He ran crawfish cages in the morning before school and spent his summers hauling rice to the dryers. Since starting at LSU, he has gotten involved in the College of Agriculture by becoming an
Ag Ambassador, a Student Government member, and an Ag Student Council officer. He also has worked multiple Ag jobs including in the Dairy Store, the Food Incubator, Recruitment and Retention, and as a researcher. Currently serving as the Agribusiness Club President and the Founder/Captain of the Agribusiness Quiz Bowl, Colt led the team to a National Championship this past summer. He was also named the Student President of the Agricultural and Applied Economics Association. In his free time, he founded and presides over the Cajun Club at LSU, also serving as a “Cajun Ambassador” through the Cajun French music that he plays/sings on the accordion. Only a junior, Colt was named LSU Undergraduate Student Leader of the Year and led the Agribusiness Club to become LSU’s Student Organization of the Year. Colt is honored to be a 2020 recipient of the LACA scholarship funded by Louisiana Land Bank, ACA. 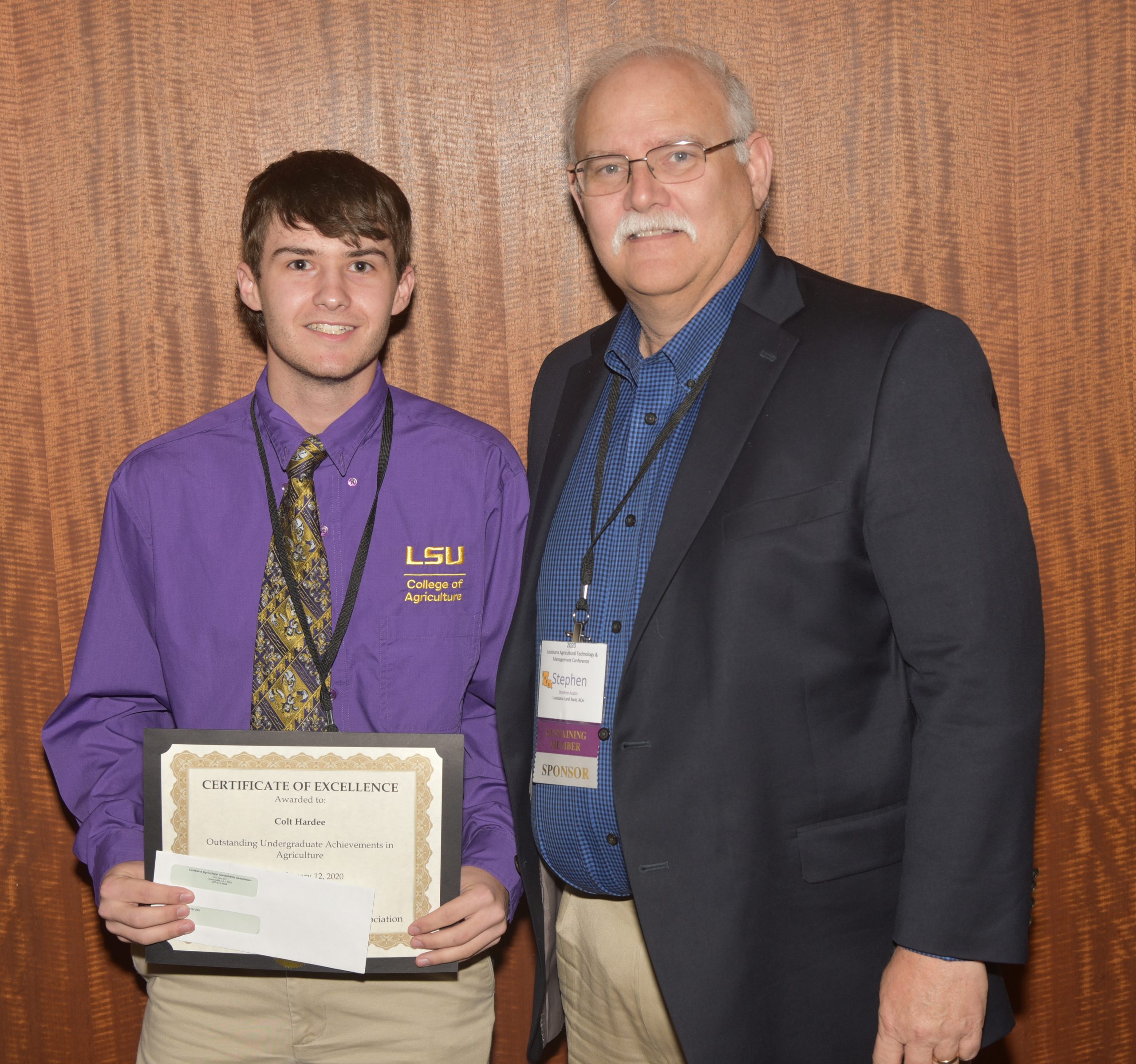 An Agribusiness major at Louisiana State University, Patrick committed to the College of Agriculture after being motivated by the practical application of agriculture: everyone must eat. Although Patrick did not grow up surrounded by agriculture, he has worked hard to become more knowledgeable in the field working two summers alongside Lance Rodriquez as an Agricultural Consulting Aid, specializing in sugar cane and soybeans. He also worked for the Baton Rouge Country Club providing needed services to keep their golf course in pristine condition. He was honored on the President’s List in the Spring and Fall 2018 semesters and the
Dean’s List in the Fall 2017 and the Spring 2019 semesters. Maintaining a 3.9 overall GPA while at LSU, Patrick is excited about using the LACA scholarship funded by Grady and Barbara Coburn of Pest Management Enterprises, to dive deeper into his studies in the field of agriculture. 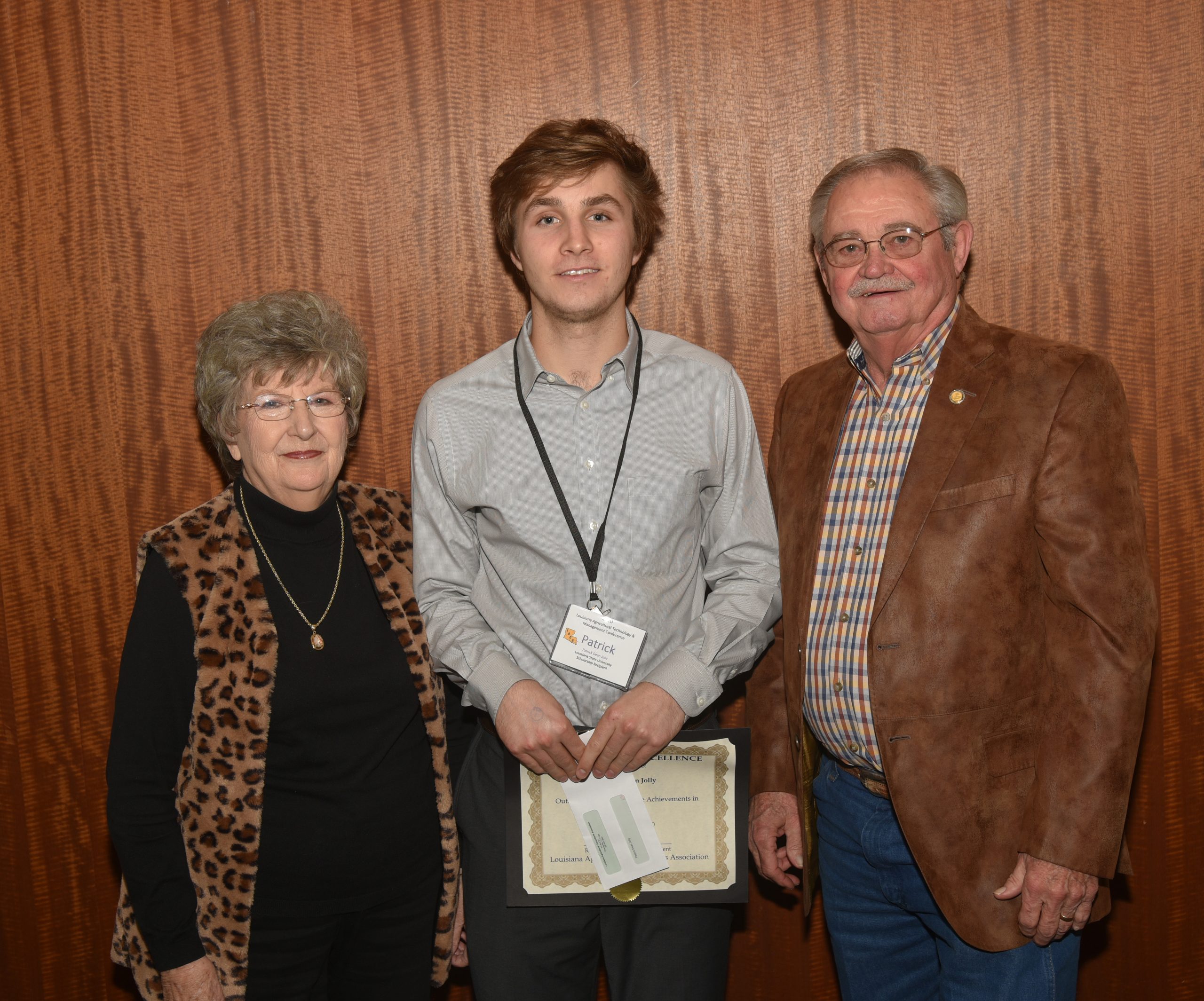